I was fortunate enough a couple of weeks ago to take a short trip to Ireland (for a genetic genealogy conference, as it happens). While I was there I took a couple of opportunities for research on the Irish Vances. One of those was to visit the John Vance of Coagh Monument in Northern Ireland (UK).

St. Luke’s Church, Tamlaght Parish, Co. Derry (Google Earth coordinates 54.6513256, -6.6237262) overlooks the town of Coagh in Co. Tyrone. There is a curious monument in its cemetery erected in 1854 which is a memorial both to John Vance of Coagh (1742-1799) and to William and Robert Balbirnie from the mid-1800s who helped popularize the traditional origin story of the Irish Vances.

This is actually a well-known monument which has been amply covered in the pages of the Vance Family Association newsletters since at least 1989. I’ll just cover its history briefly here.

John Vance of Coagh was an actual person who was one of the first of a group of Vances who lived up and down the area just west of Lough Neagh since the mid-1600s. He was the great-grandfather of US President Andrew Jackson but on a separate line he was also the grandfather of William Balbirnie who wrote the influential book in 1860 on the Rev. John Vans of Kilmacrenan and the Irish Vances. If you recall the history of that book, William undertook his Vance research during the early 1850s at the request (and using the funds) of his elder brother Robert Anstruther Balbirnie, who had moved to Australia. They were honoring their mother, Margaret Vance, who was John Vance of Coagh’s daughter.

William reported most of his findings to his brother in the mid 1850’s before the book was published, because in 1854 on a return trip to England Robert Balbirnie legally changed his last name to “Balbirnie-Vans” and paid for the large monument to be erected on his grandfather’s grave at St. Luke’s Church with the entire story that William “uncovered” written out. Unfortunately, Robert passed away in August of 1855 just after he returned to Melbourne and didn’t live to see William’s book in print. 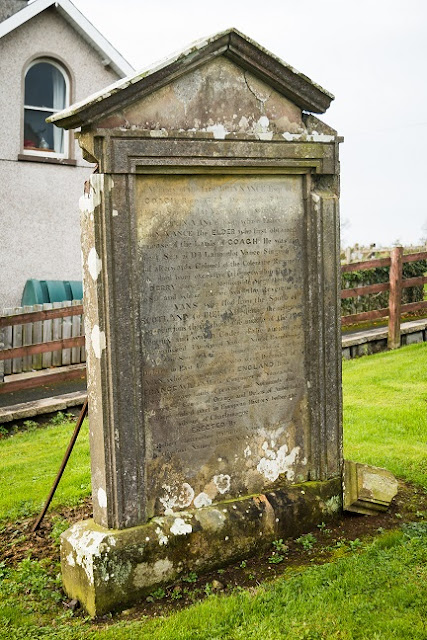 The monument, then, is a summary of the ancestry of the Vances in Ireland the way William saw it – that all Irish Vances were descended from the Rev. John Vans of Kilmacrenan who had a son Lancelot who died at the Siege of Derry, and the Rev. Vans in turn was an offshoot of the Vans family of Barnbarroch who were themselves descended from the Vaus of Dirleton and by extension the de Baux family of southern France. While the story has always been romantic, I’ll just say here that major portions have been called into question in the years since William’s book, not the least of which are the existence of Lancelot Vance and the ancestry of all Irish Vances back to the Rev. Vans. However, those are subjects for other articles.

The monument has faded and broken significantly even since the first VFA photographs were taken of it in the 1980s. It is now propped up with iron supports and in sore need of repair. But the inscription has been known for decades and while faded is still mostly readable. I have transcribed the full inscription below.

We don’t know if Robert ever saw the finished monument but even allowing for variable spelling, the engraver made some mistakes including the spelling of Robert’s middle name. In parentheses below I have added some editorial corrections to hopefully make the meaning clearer.

The inscription with original spelling and capitalization is as follows (only the items in parentheses have been added):

Eldest Son of Jas (James) Vance Esqr who was 2nd Son of JOHN VANCE Esqr whose Father was JOHN VANCE the ELDER who first obtained a Lease of the Lands of COAGH. He was the Eldest Son of Dr. Lanncelot Vance Surgeon and afterwards Colonel of the Coleraine Regiment who died from excessive fatigue within the walls of DERRY during the Memorable Siege thereoff in 1689 and whose Father was the Reverend (John)
VANS who fled from the South of SCOTLAND to IRELAND during the religious persecutions there about the middle of the 17th Century and was a Cadet of the ancient and Distinguished Family of Vans or Van of Barnbarragh (Barnbarroch) in Wigton Shire a Younger branch of that of the Lords (of) Dirleton in East Loashean (Lothian) who were Decended of the VAN who accompanied to ENGLAND from FRANCE William the Conquorer of Normandy where they were Lords of province (Provence) and Normandy and Sovereigne Counts of Orange and Dukes of Andre (Andrea) holding a distinguished part in European History before the advent of Charlemagne. 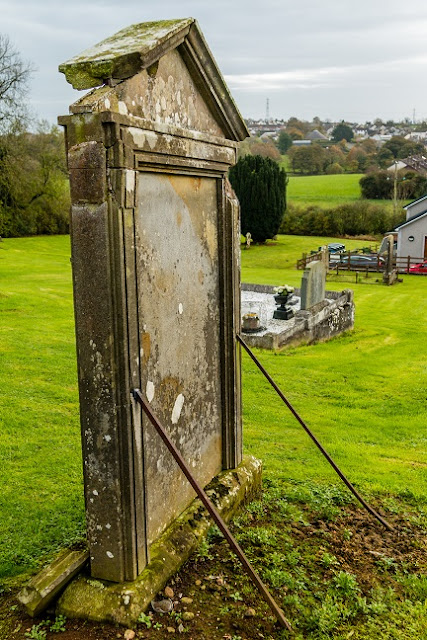